China A shares’ inclusion into the MSCI Emerging Market Index was an important milestone for China’s financial markets. The upcoming inclusion of China Bonds into global bond indices will be equally ground breaking. That is what the experts from Eastspring Investment, Virginie Maisonneuve und Low Guan Yi, say in their guest commentary.

In April 2019, the Bloomberg Barclays Global Aggregate Index started including China Government Bonds (CGB) and policy bank notes into the benchmark, phased over a 20-month period. Upon full inclusion, China is estimated to constitute 6.03% of the index.

This suggests that we could see up to USD151 bn of inflows from investors who are benchmarked to the index. Potential inflows can reach as high as USD296 bn if other global bond indices follow suit. Over time, additional inflows cannot be ruled out as non-benchmarked investors increasingly view Chinese onshore bonds as an important component of global bond portfolios.

With the growth of China’s bond market, together with the impending inclusion(s), foreign investors cannot ignore China’s bond market for much longer. Foreign ownership of Chinese government bonds currently stands at 7.9% (as at end 2018), substantially below levels seen in Indonesia (36.6%) and Malaysia (38.8%).

Demand for China’s bonds will also rise as global central banks increase their allocation to the CNY. The CNY’s share of global reserves rose from 1.1% in 4Q16 to 1.8% in 3Q18, reaching levels comparable to that of the AUD (2%) and CAD (2%) but still below the GBP (4.5%) and the JPY (5%). Anecdotal evidence suggests that foreign central banks invest their CNY-denominated reserves largely in CGBs and policy bank notes, and to a lesser extent Negotiable Certificates of Deposit (NCDs). With global central banks seeking to further diversify their currency reserves away from major currencies, increased stability of the CNY going forward will help to lift demand for Chinese government bonds and policy bank notes.

The appeal of Chinese bonds

10-year CGBs currently offer a yield pick-up of 47 basis points and 303 basis points above 10-year US Treasuries and German Bunds respectively (Source: Bloomberg as of 7 February 2019). This is following a 2018 rally which saw 10-year CGB yields fall from 3.9% to 3.3%. In the near term, with the Chinese government expected to ease monetary policy further to help stabilise the slowing Chinese economy, this should be supportive of Chinese bonds in general.

Ironing out the kinks

Several issues, however, still need to be addressed for investors to fully participate in China’s onshore bond market. For one, there are concerns over the liquidity in the secondary market for CGBs, which tend to be held to maturity by Chinese banks. A reform of the credit rating system is also overdue – domestic credit agencies have often been criticised for issuing overly high ratings. For example, currently about 40% of Chinese corporates are rated triple-A by domestic rating agencies, far above the global average. Besides more objective credit ratings, investors would also need access to onshore currency hedging as well as bond derivatives including repos and futures for efficient portfolio management. Rising defaults and CNY volatility can also erode investor confidence in the market.

The Chinese government is firmly committed to further open up the Chinese bond market. In 2018, it implemented delivery versus payment settlement and enabled block trade allocation capabilities. It also exempted foreign investors from tax on interest for bond investments made from November 2018 to November 2021. These were all pre-conditions set by Bloomberg for inclusion in the index. More recently this year, the People’s Bank of China gave S&P Global permission to start assessing domestic bonds, the first foreign company to do so. This will lend greater clarity to foreign investors.

As the Chinese authorities continue to improve access to China’s bond market, the writing on the wall is clear. Chinese bonds will become an important component of global and Asian bond portfolios – investors will be well served to get prepared. 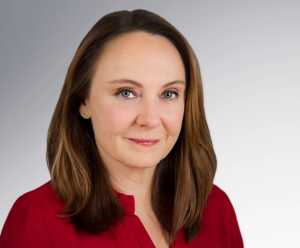 Virginie is responsible for the management and investment performance of all of Eastspring’s investment capabilities as well as the Dealing function and the Client Portfolio Management team. Virginie is a member of the Eastspring Executive Committee. Virginie was named as one of the Top Women in Finance in Europe from 2008 to 2014. Virginie holds a Bachelor’s degree in political economics from the People’s University, Beijing and a Master’s degree in Mandarin Chinese from Dauphine University in Paris. She is also a CFA charterholder. 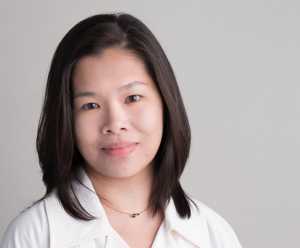 Guan Yi is responsible for overseeing the management of the firm’s fixed income strategies. She is also the lead Portfolio Manager for Eastspring’s Asian local currency and total return bond funds. Guan Yi has more than 20 years of investment experience. She holds a Bachelor of Business from Nanyang Technological University, Singapore. She is also a CFA charterholder. 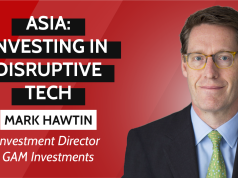