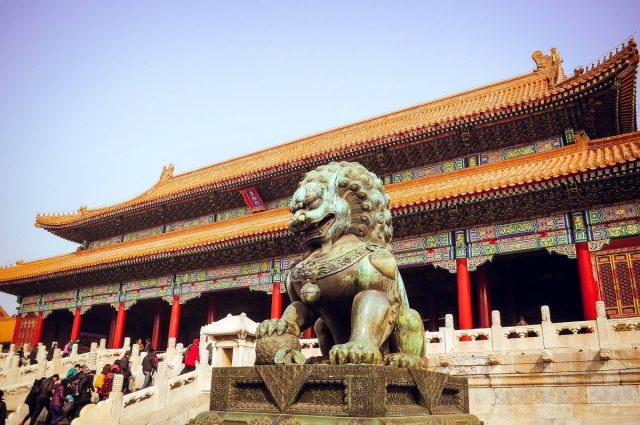 2021 has proven to be a rather sluggish year for China’s economy. After a strong headstart in the first half of the year – with the gross domestic product (GDP) expanding 12.7% year-on-year – GDP growth in China slowed significantly in the second half. For the full year, GDP is expected to reach 8.0%. For 2022 economists expect China’s economy to slow further.

Where the International Monetary Fund (IMF) forecasted in October that the Chinese economy will expand 5.6% in 2022, the World Bank now cut its growth forecast from 5.4% to 5.1% for this year.

“Downside risks to China’s economic outlook have increased,” the World Bank said in its latest report on the country’s economy. As major headwinds that could slow down the economy further, the bank lists renewed domestic Covid outbreaks that could cause “broad-based and longer-lasting” restrictions as well as “a severe and prolonged downturn” in the highly leveraged property sector.

Another factor economists are most concerned about in their China growth outlook is consumption which so far lagged behind in the recovery. “Any boosts to household disposable income from reforms and potential stimulus measures could help”, says David Rees, Senior EM Economist at Schroders. The asset manager has pencilled in GDP growth of 4.7% for this year, down from a projected 7.7% in 2021.

However, China’s outlook might prove more upbeat than suggested, some analyst say. Investment bank Morgan Stanley is “more bullish than consensus”, seeing GDP growth in China accelerating to 5.5% in 2022. The bank cites Beijing’s easing of monetary and fiscal policy in recent weeks as one reason and also sees more relief for China’s real estate sector ahead.

While concerns over Evergrande and the real estate market have proven additional issues for China in 2021, the situation might ease this year. Morgan Stanley suggests that relief is coming with a “recalibration” of policy as banks have been told to increase mortgage loans and lower lending rates recently.

“Policymakers have shown a greater pain threshold for problems in the real estate sector, consistent with the government’s broader regulatory reforms aimed at achieving ‘common prosperity’,” says Schroders’ Rees. “But the authorities are likely to step in at some point to steady the ship, given the potential negative consequences for the financial system and economy at large from a complete meltdown in the housing market.”

The real estate sector accounts for around 29% of China’s GDP, according to a Harvard research paper.

For its economic policy in 2022, the world’s second-largest economy has given “stability” the priority. Ahead of Chinese Communist Party’s (CCP) national party congress in autumn this year, the Beijing’s directive is that ‘all regions and departments’ must help stabilise the economy.

Furthermore, the drive for “common prosperity” is very likely to continue to be a force through 2022. Seeking to narrow the yawning wealth gap in the country, China ushered a slew of regulations last year – sending markets to tumble.

However suprising those regulations might have been perceived by some, they were “driven by an attempt to address threats to the economy, to keep the country competitive”, says Eng Teck Tan, Senior Portfolio Manager at Nikko Asset Management. According to him, these changes in government policies and regulations may help many sectors, creating new leaders in the capital markets in the process.

“Through the policies that are being enacted, we believe that bad actors will be punished, China will seek to strike a balance between economic growth and social cohesion and China will continue to support areas it views at strategic to its economy,” says Tan.

However, the pace of new regulations might slow down. “We expect fewer policy surprises in 2022,” says Fidelity International Fund Manager Dale Nicholls.

“Instead, we expect to hear more around the government’s overarching policy aims that have already been announced, including environmental and common prosperity reforms,” he added.