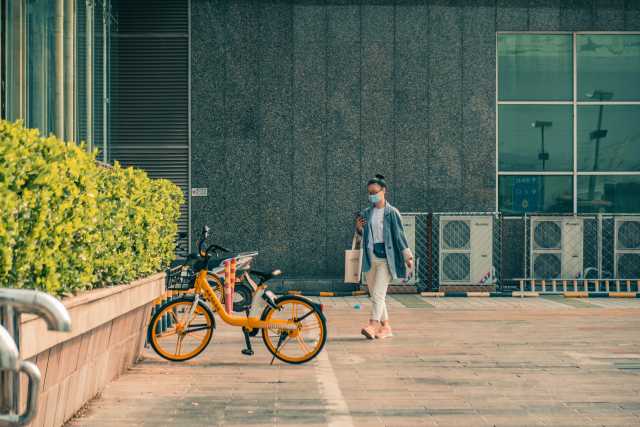 Countries across the Asia-Pacific region have extended or reimposed restrictions as another wave of the Covid-19 cases is hitting the region. The highly contagious delta variant of the virus, first detected in India, has led to a surge in coronavirus infections across Asia – also in countries where transmission was once kept relatively low. Combined with low vaccination distribution this is hitting Asian economies hard.

Facing the delta variant, countries including Thailand, Australia, Japan, South Korea, and Vietnam are announcing new restrictions from this week.

WHO Director-General Tedros Adhanom Ghebreyesus said that the delta variant is dangerous and continues to evolve, therefore no country is out of the woods yet with Covid-19.

The delta variant has now been detected in more than 100 countries and is believed to be about 60% more contagious than alpha. According to a new study published in Nature, delta can evade antibodies that target certain parts of the virus.

The latest coronavirus surges have prompted harsh new restrictions on movement in many parts of Asia. Japan’s government has declared a state of emergency for the Tokyo area till August 22 – just a week after the last state of emergency was lifted. This marks the fourth time for the capital to fall under a Covid emergency decree since April 2020.

To combat the spread of the virus, Japan will hold the Olympics, which opens in Tokyo on July 23, without spectators. Furthermore, Japan has also imposed tougher rules on athletes and staff participating in the Tokyo Olympics from countries hit by the highly contagious virus variant.

South Korea, which was widely praised for its initial response to the pandemic also recorded rising numbers of infections, the highest in nearly six months. To curb the spread of the highly contagious delta variant, South Korea’s government has decided to impose the highest level of social distancing (level 4) throughout the Seoul metropolitan areas for the first time, including a ban on gatherings of more than two people after 6 p.m and a night curfew. The fourth level of social distancing restrictions for two weeks from Monday has also affected the country’s industrial sector, with major companies immediately upgrading their in-house quarantine guidelines and expanding telework.

The highly contagious delta variant is also feeding fresh outbreaks in Southeast Asia, as vaccination remains tepid. In Myanmar, schools have been closed until July 23 as the country saw more than 4,000 new daily cases for the first time in early July.

Malaysia’s nationwide lockdown was tightened further on Saturday, including a coronavirus state of emergency that has suspended Parliament until August 1. Since the end of June, the country has again recorded a steep curve of new infections.

Meanwhile, health officials in Indonesia and Thailand reported record daily highs for new Covid-19 infections. Indonesia, the world’s fourth most populous country, recebtly reported over 34,000 cases daily. Two of Indonesia’s major islands are under strict restrictions for two weeks since July 3. The country is seeing a virus surge for the first time, that has hospitals turning patients away and oxygen supplies running out.

Thailand – which successfully controlled the virus in 2020, is now dealing with the contagious variant that is fast spreading in the country. Last Friday, Thailand’s national Covid-19 panel announced a one-month clampdown on movements in metropolitan Bangkok and four other provinces. The measures included closing spas, limiting the hours of public transit, and restricting the opening times of markets and convenience stores.

Vietnam has been under lockdown since the start of June, as the country battles its fourth and deadliest virus surge due to contagious variants, vaccine delays, and low test rates.  Vietnam’s economic hub, Ho Chi Minh City, is also under fresh tighter restrictions.

Meanwhile, there is no local case of the highly transmissible delta virus variant in the Philippines. As per health experts, this is on the back of the government’s stricter border control measures.

Across the Asian countries facing new coronavirus surges, the pace of vaccination has been quite slow. As per Our World in Data figures, over 3.44 billion doses of Covid-19 vaccines have been administered worldwide as of July 11, 2021. In Asia the number stood at 2.15 billion.

As per a recent study by JPMorgan, the Philippines and Thailand are among the most vulnerable to the delta virus variant within emerging markets, mostly due to low vaccination rates.

Furthermore the study suggests that Singapore is amongst the countries with the shortest journey back to pre-pandemic levels of mobility. Vaccine efficacy had been high, the country stands ahead of all Asian countries with 38.7% of its population fully vaccinated. The latest coronavirus variant has not been detected in the country yet.

However, Oxford Economics projects APAC economies to eventually vaccinate 70% of the population. “This is the level that the Singapore government sees as necessary to open up the domestic economy – and thereby become less susceptible to Covid-19 outbreaks,” Louis Kuijs, Head of Asia Economics wrote in a recent research briefing.

“We expect Singapore to reach that threshold in August, and Vietnam, Taiwan, and the Philippines to follow by mid-2022. Covid-19 challenges and vulnerabilities notwithstanding, we remain relatively optimistic about medium-term growth in Asia.”