Home Asian Economies Indonesia economy: a return to growth in 2021?

The collapse of guest numbers in Indonesia gives a glimpse of how the Covid-19 pandemic devastated the economy. In 2020, the country saw a 75% decline in foreign tourists. Indonesia plans to reopen Bali, its tourist hotspot, to foreigns in June 2021 as it recovers with the rest of the country.

Following more than two decades of consistent growth, the Indonesia economy entered recession in the third quarter of 2020. It contracted by 5.32% in the second quarter and 3.49% in the third quarter. While it eased slightly in the fourth quarter, the country still registered a 2.1% decline year-on-year.

Given the government’s economic revitalisation plan, analysts expect Indonesia to recover from the recession by the second quarter of 2021. Meanwhile, the government forecasts growth of between 4.5% to 5.3%.

The latest Economic Survey of Indonesia conducted by the Organisation for Economic Co-operation and Development (OECD), forecasts recovery from the economic impact of the pandemic would be gradual for the country and that government support for households and businesses should continue as needed.

Prior to the pandemic, the steady economic growth in Indonesia has seen GDP per capita increase from OECD average of 19% in 2001 to 29% in 2019. The country’s contribution to the ASEAN GDP has also gone up two-fold to 35% from 17% during the period. However, the devastation from the pandemic in 2020 could potentially increase the number of people in poverty from 26 million to 36 million.

Last year’s recession is expected to negatively affect informal workers because they have no social safety net. The OECD is calling for increased efforts to transition more workers into the formal economy, enhance skills, improve the business and investment climate.

Finance minister Sri Mulyani Indrawati says that the GDP is projected to contract by around 1.0% to 0.1% year-on-year in the first quarter, but the second-quarter GDP could reach over 7% year-on-year. DBS economist Radhika Rao explained that while economic activity in the first three months may remain slow, it should improve now on back of Covid cases moderation, the timely rollout of vaccines, easy financial conditions, and a commodity price upcycle.

Indonesia’s official currency is the rupiah, whose name comes from the Sanskrit word rupyakam, meaning silver. It is divided into 100 sen, but due to high inflation, all coins and banknotes in sen have been rendered obsolete.

Bank Indonesia serves as the country’s central bank and is currently headed by its governor, Perry Warjiyo. The bank was founded in 1953 after the private Dutch bank, De Javasche Bank or Bank of Java, was nationalised three years post the country’s independence from the Netherlands.

These strategies included opening productive and safe sectors of the economy, accelerating fiscal stimulus, boosting credit from the demand and supply side, creating monetary stimulus and macroprudential policies, and pushing for economic and financial digitalisation, particularly with micro, small and medium enterprises (MSMEs).

The country has a young population of 274.8 million with a workforce of 136.7 million people as of 2020. Over the years, Indonesia has transformed from being an agricultural economy into a more balanced one, detaching from its previous dependency on primary exports.

Indonesia’s agricultural sector comprises 12.7% of the country’s GDP while providing employment to 27% of the labour force. It is the second–largest producer of natural rubber globally. Other major agricultural products include rice, sugarcane, coffee, tea, tobacco, palm oil, coconuts, and spices.

Meanwhile, the industrial sector contributes to about 38.9% of the GDP and employs 22.7% of the workforce. Products manufactured in Indonesia include textiles, cement, chemical fertilisers, electronic products, rubber tyres, clothing, and shoes.

Indonesia’s service sector has grown to be the biggest contributor to the country’s GDP at 44.2% and employs 49.6% of the workforce. Banking and tourism are two of the largest service sectors in the country.

The country’s top five export products are coal, palm oil, petroleum gas, motor vehicles, and gold. On the other hand, the main products imported into the country are petroleum oils, electrical apparatus for line telephony, motor vehicle parts, and wheat and meslin.

In the World Bank’s Ease of Doing Business 2020 rankings, Indonesia’s economy maintained last year’s position at 73rd among 190 countries with a score of 69.6. The World Economic Forum’s Global Competitiveness Index (GCI) rankings have been paused for 2020, but in 2019, the country fell by places to the 50th spot with a score of 64.6.

Additionally, the country also went down by two places in the Heritage Foundation’s 2021 Index of Economic Freedom from the 54th to 56th in the world and is currently 10th among Asia-Pacific countries. The country also remained in the “moderately free” category.

The bond market in Indonesia has experienced steady growth over the past few years. Currently, it offers a diverse selection of debt instruments that cater to both local and foreign investors. Bonds may come in the form of the Bank Indonesia-issued Certificate of Central Bank or Sertifikat Bank Indonesia (SBI), government bonds or government debt securities, and corporate bonds.

The government remains the largest issuer of bonds in the country and has issued $18.8 billion worth of bonds in 2020, excluding buybacks and short-term treasury bills.

Last year, the government introduced a $53.26 billion stimulus package, which included $107.3 million in funds for the subsidised housing program to build 175,000 new homes. 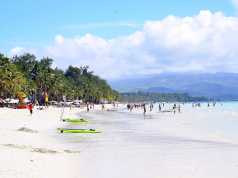