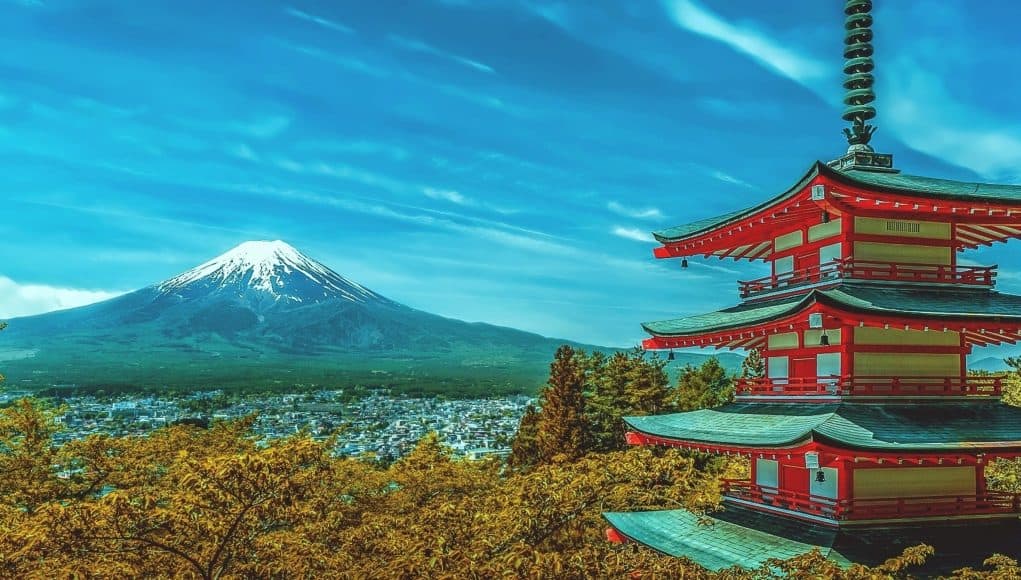 After the return of independence in 1952, the Japan economy started changing and growing. Sustained economic growth was also fueled by Japan’s young and well-educated workforce, capital from high domestic savings rate, and guidance, support, and subsidies from an activist government and bureaucracy.

Following the second world war, new factories grew that used the latest technologies, becoming more efficient than foreign competition. From the 1960s onwards, the Japanese economy shifted its focus to high-quality and high-technology products aimed at both domestic and foreign consumption. The nation eventually became a global leader in several industries, including electronics, automobiles, shipbuilding, steel, and high technology.

After fighting deflation for more than two decades, former Prime Minister Shinzo Abe launched a three-pronged approach to revitalize the economy in 2013, called “Abenomics”. This refers to a set of fiscal and monetary policies that combined fiscal stimulus, monetary easing, and structural reform.

In 2020, Japan’s gross domestic product (GDP) shrank by more than 4.8% – due to the coronavirus pandemic. It was the first contraction in more than a decade. As the the country continues to struggle to combat the pandemic, the International Monetary Fund has decided to downgrade its economic growth projection for Japan for 2021 by 0.5% – compared to its April forecast – to 2.8%.

Out of all the Group of Seven (G7) countries, Japan was the only one to receive a downgrade from the IMF due to its slower vaccine rollout compared with other developed countries. The Japanese government has also imposed business restrictions to control the rising infection cases.

However, the IMF expects the world’s third-largest economy to have a strong bounce back in the second half of the year as it ramps up vaccination efforts. The IMF increased its growth outlook for Japan for 2022 by 0.5% to 3.0%.

Japanese yen, the official currency of the nation, is the third most traded currency in the foreign exchange market behind the US dollar and the Euro.

The Bank of Japan (BOJ), also referred to as Nichigin, is the central bank of Japan and is responsible for the country’s monetary policy, issuance and management of banknotes, and providing stability to the country’s financial system.

In April 2013, BOJ started its Quantitative and Qualitative Monetary Easing. Despite subsequent efforts, the inflation target of 2% is yet to be reached.

In January 2021, the Japanese central bank decided to maintain its key short-term interest rate at -0.1%.

Japan’s biggest sector is service, which comprises 68.7% of the nation’s GDP. The major service industries in the country include banking, real estate, retailing, insurance, telecoms, and transportation. This is why several Japanese service firms are among the largest companies in the world, such as Softbank, Nomura, Mitsubishi Estate, ÆON, and Japan Airlines.

The manufacturing sector in the country is also considered to be the most diversified due to its numerous successful and advanced industries, making up about 30.1% of Japan’s GDP. Due to its high technological development, it is considered a leading manufacturer of consumer electronics, automobiles, optical media, and semiconductors.

Although agriculture still plays a significant part in Japan’s economy, it accounts for a mere 1.1% of the country’s GDP. Because only 12% of the land is arable, the country has developed a terrace system that results in one of the highest crop yields per unit area globally.

Meanwhile, Japan is the fifth-largest importer in the world, with crude petroleum, petroleum gas, coal briquettes, integrated circuits, and broadcasting equipment as its main import products. The country mostly imports from China, the US, Australia, South Korea, and Saudi Arabia.

For the World Bank’s 2020 Ease of Doing Business Index, Japan maintained its 2019 position in the 29th spot of the list with a score of 78.0. This was far below its fellow Asian countries South Korea, Malaysia, and Taiwan but two spots ahead of China’s 31st rank.

While the World Economic Forum’s 2020 Global Competitiveness Report did not provide overall rankings due to missing data from different international organizations, the country ranked fifth in its ICT adoption list, behind South Korea, UAE, Hong Kong, and Sweden.

The Nikkei 225 or the Nikkei Stock Average is a price-weighted index, commonly used for the TSE, along with the Tokyo Stock Price Index or TOPIX.

More than 40% of Japan’s $10.2 trillion bond market is made up of Japanese government bonds (JGBs). JGBs are integral to the central bank’s initiatives to boost inflation in the country.

These bonds are classified into general bonds, Fiscal Investment and Loan Program bonds, and subsidy bonds. Similar to US Treasuries, JCBs are backed by the federal government and are considered low risk.

The Bank of Japan recently confirmed its previous target yield for 10-year Japanese government bonds of 0.0%. The central bank widened its rather “unofficial” target range in March from +/- 0.20 to +/- 0.25%, which gives it more flexibility in asset purchases.

However, this move failed to stimulate the market and the 10-year JGB yield only moved in the two-basis point range in May. As a result, the BOJ decided in June to cut down on its JGB purchases for the July-September quarter to $51.1 bn monthly.

Japan’s real estate investment market ranks second globally in terms of market size. Its market volume of institutional-grade commercial real estate is at $2.6 tn, second only to the US. In terms of real estate transactions, there are no differences in system application between domestic and overseas investors.

Travel restrictions in Asia-Pacific are slowly phasing out