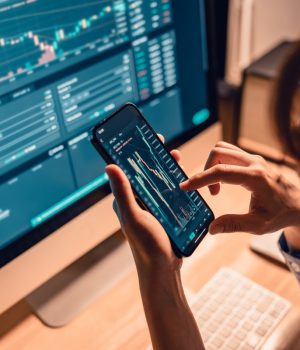 Beijing was once known as the world’s top destination for the lucrative crypto market and a magnet for crypto billionaires. But now China is looking to diminish the industry’s defining role, amid cross-border capital flow and tax evasion concerns. Chinese authorities are closing off loopholes left in earlier regulatory crackdowns against Bitcoin and its peers, by imposing a blanket ban on cryptocurrencies.

Vowing to get even tougher on enforcing the rules and rooting out illegal cryptocurrency activities, ten Chinese regulators, including the central bank, issued two joint declarations. Where one outlawed cryptocurrency mining, the other declared all cryptocurrency transactions illegal.

Beijing’s determination to ban crypto has gone even stronger this time, as regulators clarified that overseas exchanges were also barred from providing services to mainland investors via the internet.

The People’s Bank of China separately said that cryptocurrencies, including Bitcoin and Tether, cannot be circulated as they are not fiat currency (government-issued money). However, the ownership of cryptocurrencies has not been declared illegal.

Since the announcement, crypto-adjacent businesses, including exchanges and mining pools, announced they would stop providing any services to Chinese citizens. Besides that, the banning of crypto-related services have sent prices of bitcoin and other major coins lower and also pressured stocks of Chinese crypto and blockchain-related firms.

Alibaba Group, in the meanwhile, declared a ban on all sales of mining and trading equipment along with any other hardware and software on its wholesale platform, from October 8 onwards.

Two of the largest exchanges global exchanges, Huobi Global and Binance, which are popular among Chinese users as offshore platforms, announced that that they have stopped new registrations of accounts by mainland customers. Huobi also removed mainland China as a country/region option on its registration page. Huobi added that it will take corrective measures and clean up existing users by the end of the year.

Chinese regulators have taken their most extreme measure against crypto, mere few months after rooting out the energy-consuming cryptocurrency mining operations from hubs, to reduce the country’s carbon emissions. In terms of the world’s Bitcoin energy use, China’s usage has fallen down to 46% by April 2021, from 75% in September 2019.

Earlier this year, China’s State Council, or cabinet, banned its financial institutions, banks and payment companies like Alipay from providing services related to cryptocurrency transactions-related services and warned investors against speculative crypto trading. As per the rule, Chinese financial institutions will not be able to offer clients any services involving cryptocurrencies, such as currency exchanges, registration, trading, clearing and settlement.

Meanwhile, China’s central bank is racing ahead of most rivals when it comes to developing its own official digital currency, the digital yuan. This is a strategic move to not only shift the usage of cryptocurrency to regulated digital currency but also to boost China’s global power, by becoming the first major economy to successfully launch and adopt its own digital currency.

Other markets come under crypto spotlight

Chinese authorities’ recent crackdown is further resulting in increased migration of crypto activities out of China to other emerging markets and developing economies that have crypto-friendly regulatory regimes.

After years of attempted crackdowns in China, Singapore has turned into one of the major hotbeds for crypto businesses. According to research from Crypto Head carried out between May 2020 to April 2021, Singapore currently ranks third behind the US and Cyprus as the most crypto-friendly country in the world.

Cobo, a crypto asset management and custodian platform as well as Babel Finance, another Chinese crypto financial services provider, have recently announced shifting their business headquarters from Beijing to Singapore. Huobi has also been planning to move out of China and has achieved steady growth in Southeast Asian countries, like Japan, South Korea as well as Europe.

IMF in a recent article noted that migration of crypto mining activity out of China to other emerging markets and developing economies would be one of the significant challenges ahead for the industry. Given the large amount of energy needed for mining activities, this migration can have an important impact on domestic energy use, especially in countries that rely on more carbon-intensive forms of energy, and that subsidize energy costs.

As per the global body, cryptoization can be driven by weak central bank credibility, vulnerable banking systems, inefficiencies in payment systems and limited access to financial services. The IMF suggested that authorities should prioritize strengthening macroeconomic policies and consider issuing central bank digital currencies as well as improve their payment systems. Central bank digital currencies may help reduce crypto nation pressures if they help satisfy a need for better payment technologies, it added.