The Asia Pacific region has the worst track record when it comes to managing plastic waste. According to a report from Our World in Data, the region accounts for around 60% of global mismanaged plastic waste. China contributes the most with around 28% of global inadequate waste disposal. Indonesia follows with 10%, and the Philippines and Vietnam account for 12% combined. As a whole, Asia steadily contributes over 80% of plastic pollution to the world’s oceans. The Mekong River, which flows through six countries from China to Vietnam, has become one of the top ten sources of plastic waste in the ocean.

Plastic pollution has created serious concern in the region. The plastic flood not only harms the environment but affects the economy as well, e.g. by harming fisheries and the tourism sector. So Asian governments are trying various strategies and policies to tackle plastic pollution, including banning plastic items and imposing hefty fines.

Last June at the G20 summit in Japan, global leaders pledged to completely eliminate marine plastic pollution by 2050. Under ‘Osaka Blue Ocean Vision’, G20 leaders promised to take concrete steps to ease marine plastic pollution. As the only southeast Asian G20 member, Indonesia will be implementing a plastic bag ban in Bali starting in July. Later this year, Indonesia will extend the ban to other parts of the country.

Other ASEAN countries are also stepping up the game on managing plastic waste. In April, Thailand cabinet approved a road map for reducing scrap plastic in the years 2018-2030. The Thai government will ban single-use plastic cups and straws by 2022, as well as plastic bags and foam boxes. In the Philippines, Congress is currently discussing bills to ban single-use plastic straws and bags. The law will impose penalties on restaurants caught providing plastic straws and stirrers, starting from a $977 fine to a one-year suspension of business permits.

Meanwhile, Chinese President Xi Jinping stressed the importance of trash sorting for society. He emphasized that the habit of garbage classification can contribute to green and sustainable development.

China has ambitious plans to increase its recycling rate by sorting trash. Starting in early July, Shanghai residents will be required to sort their waste into four categories: wet, dry, recyclable waste and hazardous waste. Individuals who violate the rule will face fines of around $30, while companies could be fined between $7,270 and $72,700.

Under the new law, China hopes to bring the nation’s recycling rate up to 35% in 46 Chinese cities by the end of next year. By 2025, China hopes to implement a nationwide urban waste sorting system.

According to Persistence Market Research, Asia Pacific is predicted to produce about three-quarters of bioplastics in the world next year. The same report forecasts the global bioplastics packaging market value will reach $28.5 billion by 2020, rocketing seven-fold compared to 2014.

Some private businesses in Southeast Asia have started replacing plastic products such as straws and bags with recyclable materials. Nguyen Thanh Phuong from Vietnam Environment Administration said at an international conference on plastic waste held in June in Ho-Chi-Minh City that more and more businesses are using plastic alternatives, such as rice or bamboo straws. Furthermore, he said that a manufacturer is developing microbiological paper cups, micro-bags and micro-spoons, to replace ordinary plastic products. In Indonesia, Asia Pulp and Paper – one of the largest pulp and paper companies in the world – introduced biodegradable food packaging that can decompose in 12 weeks. In Thailand, the country’s largest energy company PTT invested nearly $2 billion in bioplastics and bio-based production in 2016.

A report from the Thailand Board of Investment predicts that Asia will become a major production hub for biodegradable products. They further forecast that by 2021, 45% of bioplastic will be produced in Asia.

Awareness of ESG in investments 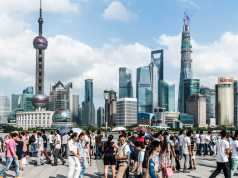 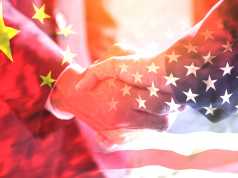