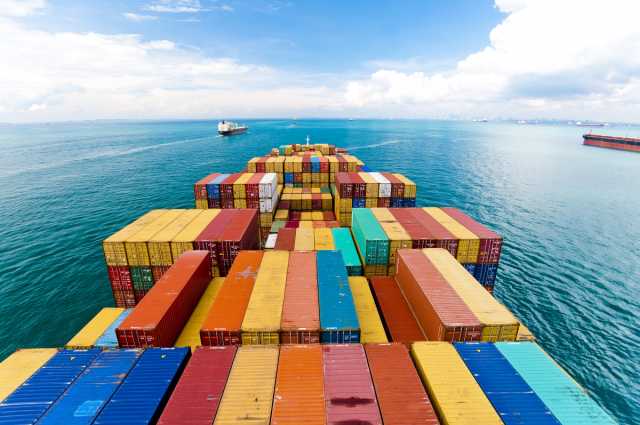 After 8 years and over numerous rounds of negotiations, the Regional Comprehensive Economic Partnership (RCEP) was finally signed. And the RCEP agreement marks a milestone: the 15 nations together represent about 30 per cent of global GDP, making it the world’s largest trading bloc to date.

The RCEP signed virtually on Nov. 15 is expected to inject around $200 billion into the global economy and 0.2% per year into the GDP of participating countries, based on the estimates by the Peterson Institute for International Economics.

The agreement consists of 20 chapters of rules that cover areas like intellectual property, financial services, e-commerce, and government procurement.

“RCEP is a symbol of Asian nations coming together to take their rightful place among the architects of the global trading system of the future”, says Stuart Tait, Regional Head of Commercial Banking, Asia-Pacific, HSBC. “A system they are doing so much to establish and sustain, and which their growing economic power will continue to define.”

How the RCEP agreement will shape Asian trade

The leaders involved in RCEP believe that the deal will help them recover from the economic devastations brought by the coronavirus pandemic. Unlike China, Vietnam, and South Korea, many Asian countries did not have fast recoveries and still struggle with economic contractions in the July-September quarter this year.

In 2018 the International Monetary Fund estimated that by getting rid of trade barriers within Asia it could boost GDP in the region by 15 percent. If the world were to embrace the principles of open and free trade, it could boost global GDP by USD 10 trillion by 2025, according to research by HSBC and Boston Consulting Group. “Even if RCEP generates only a few percentage points of that, it will help put Asia back on its pre-Covid growth trajectory”, Tait said.

Fitch Solutions believe that over the long term, the positive impact of the trade pact will include increased market access and variety of goods and services for participants.

“More importantly, the RCEP will simplify rules and procedures within a single arrangement for the many ASEAN ‘plus one’ free trade agreements that currently exist, which should improve trade efficiency,” Fitch Solutions added.

With the RCEP agreement, China strengthens its export market. Statistics show that China’s trade volume with RCEP members from January to September 2020 accounted for about one-third of the country’s total foreign trade volume.

Australia’s participation in the world’s biggest trade deal allows its companies to expand overseas without the complexities of regulation and paperwork. According to the Sydney Morning Herald, Australia can build new markets for universities, financial service providers, superannuation firms, health, and aged care giants. Some analysts also think that RCEP can help Australia and China to mend their trade disputes.

Also the tense relations between South Korea and Japan could ease. With RCEP, both countries are bound by their first ever free trade agreement. Recent tensions spiked in 2018, with Japan removing South Korea from its “white list” of trade partners and export restrictions on components for the seminconductor industry and the South Korean public boycotting Japanese goods which hit some sectors hard. Under the RCEP agreement, both countries will eliminate tariffs on 83 percent export items between them.

Furthermore, especially the smaller markets are hoping to benefit from RCEP. Cambodia’s Commerce Ministry Secretary of State and spokesman Seang Thay said that RCEP will cultivate trade liberalisation in the region, provide greater market access, and strengthen relations in economy, trade, and investment.

For Vietnam, emerging as a manufacturing hub, the reduction of trade barriers and improved market access are key benefits. Jason Yek, senior Asia country risk analyst at Fitch Solutions, told VnExpress International that telecommunications, information and communications technology, textiles, footwear, agriculture, and automobiles could be the sectors that benefit the most.

India decided to drop out on RCEP last year due to concerns that the agreement could harm local producers. However, leaders of the participating countries remain open to India joining the pact.

Chinese Premier Li Keqiang said he considers RCEP a milestone and a “victory of multilateralism and free trade.” It marks a significant achievement for China that has been battling the U.S. in trade issues for years. Experts believe that the RCEP will weaken the American influence on the region.

“The U.S. now has even less leverage to pressure China into modifying its trading and economic practices to bring them more in line with U.S. standards on labor, the environment, intellectual property rights protection, and other issues related to free trade,” said Eswar Prasad, a professor of economics and trade policy at Cornell University, New York.

Other analysts agree that RCEP could compel the U.S., under President-elect Joe Biden’s leadership, revive its ties with China. The U.S. is also expected to develop more strategic efforts to sustain its presence in the world’s most promising economic region.

In Northeast Asia further deals might be on the way, such as the trilateral China-South Korea-Japan free trade agreement, which has been stuck for many years. Furthermore China as signalled to speed up negotiations on a China-EU investment deal.