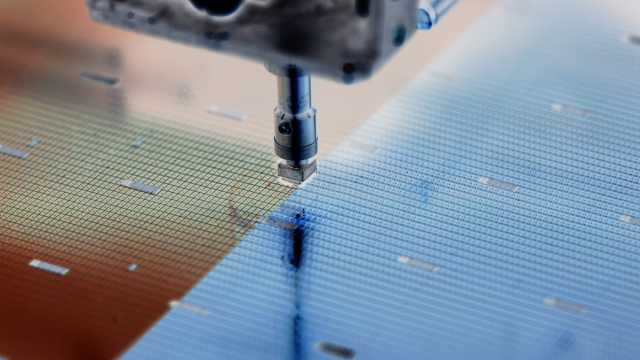 Taiwan’s Ministry of Economic Affairs has urged its domestic chipmakers to tackle the global semiconductor shortage. According to Economics Minister Wang Mei-hua, the leading manufacturers have promised to “do their best”. However, she said, the production lines are already working at full capacity. Therefore, the situation needs time to improve.

According to Taiwan’s Ministry of Economic Affairs, a number of countries, including Germany, Japan and the US, have now come forward to ask for assistance in the matter. Taiwan is the world’s second largest chip manufacturer after the USA.

Speed up semiconductor production – at what cost?

The world’s largest contract manufacturer of chips, Taiwan Semiconductor Manufacturing Co (TSMC), is apparently already working to speed up the production of important car chips. TSMC is relying on so-called “super hot runs” for automotive chips to shorten production cycles by up to 50%, Nikkei Asia has learned. However, this could affect production of other chips as they would have to be scaled back.

“This is not an easy task. There will be complicated negotiations,” Wang said, as chipmakers had contractual obligations.

Most car chips normally take about 50 days to finish production. TSMC’s “super hot run” could shorten the period to 20-25 days. However, there is also time for packaging and testing before the semiconductors can be sent on to chip developers. This is calculated to take about a week.

For chip manufacturers, however, the current shortage also puts them in a favourable position. Car manufacturers usually negotiate prices with their suppliers once a year, with the aim of lowering prices. The shortage of semiconductors has turned the tide: Chipmakers are now demanding more due to the global shortage.

According to Nikkei Asia, Taiwanese chipmakers, most notably TSMC, are considering price increases of up to 15%, especially for chips for the automotive industry. The price hikes come not only against the backdrop of the ongoing global semiconductor shortage, but also a stronger Taiwan dollar, which has gained about 6% against the US dollar in the past year.

Where does the semiconductor shortage come from?

The causes of the global shortage of semiconductors are manifold. First, it was triggered by the US government’s trade sanctions. In July 2020, the Trump administration tightened sanctions on Huawei Technologies. The Chinese tech company then began placing mass orders with TSMC and other Taiwanese manufacturers to secure enough chips before the sanctions took effect in September.

Then, in mid-September, new US sanctions also hit Chinese semiconductor manufacturer SMIC. This prompted Qualcomm, a top customer of SMIC, to order its chips elsewhere – in Taiwan.

However, Taiwanese companies were already busy fulfilling orders for other chips. Due to the pandemic, demand for laptops, computers, game consoles and smartphones increased.

ZIn addition, many carmakers had postponed their chip orders at the beginning of the coronavirus pandemic as a result of the economic slump. When demand for cars surprisingly increased again in China, among other places, carmakers wanted to order more chips again – but most factories were already working to capacity for the reasons mentioned above.