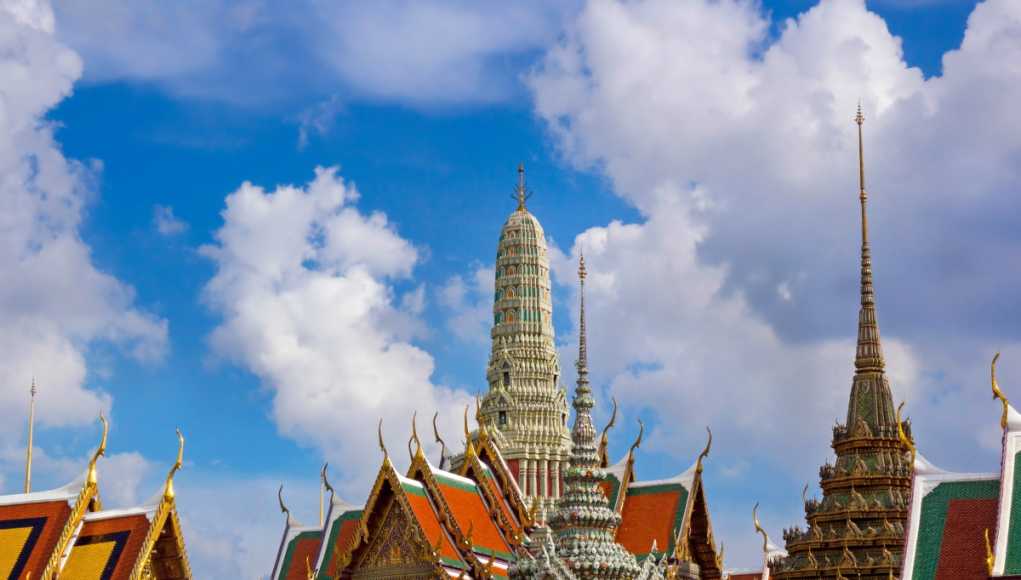 The Thailand economy is the 26th largest economy globally in terms of nominal gross domestic product (GDP) and is the second-largest economy in Southeast Asia (SEA), behind Indonesia in terms of GDP at PPP at $1,261 bn. However, it only ranks 85th in the world in GDP per capita and only ranks fourth in the SEA region, behind Singapore, Brunei, and Malaysia.

Over the last 40 years, Thailand was able to make big strides in its socio-economic development, elevating its status from a low-income country to an upper-middle-income nation in just a single generation. This is why the country has been widely recognised as a development success story, having been able to sustain strong economic growth while dramatically reducing poverty.

Despite the effects of the Covid-19 pandemic, Thailand was able to maintain its unemployment rate to just 1% in 2020. However, the rate increased to 2.25% in 2021. The low birth rate, lack of social insurance, and the substantial number of people employed in the informal sector contribute to the country’s low unemployment rate.

To boost the economy from the pandemic led downturn, overall four economic stimulus measures were introduced by the government last year. Following the relaxation of containment measures and the reopening of the country, Thailand’s economy expanded 1.6% in 2021.

As per the country’s central bank, the economy may not return to pre-pandemic growth levels until early 2023, if the reopening of the country’s key tourism sector is delayed.

The International Monetary Fund (IMF) expects Thailand’s GDP to grow by 4.1% in 2022.

The baht is Thailand’s official currency and is divided into 100 satangs. In 2018, Bloomberg referred to the Thai baht as the world’s best-performing currency.

The Bank of Thailand (BOT) serves as the country’s central bank and is currently led by its governor Sethaput Suthiwart-Narueput. Its goal is to achieve continuous improvement in the standard of living of the country’s citizens, by providing a stable financial environment for sustainable economic growth.

Keeping the monetary policy supportive, the central bank at its meeting on February 2022 has left its key rate unchanged at a record low of 0.50% for a 14th straight meeting after three rate cuts in 2020.

The Thailand economy is categorized into three sectors: agriculture, industry, and services. In terms of agriculture, the country is considered the largest producer of natural rubber and ranks among the top rice producers and exporters globally. The agricultural sector employs 49% of the country’s labour force but only contributes 8% of the GDP. With the surge of goods and services exports from Thailand, agriculture’s GDP contribution is on the decline.

Meanwhile, the industrial sector comprises 33.4% of the GDP and provides jobs to 22.5% of the total workforce. The top industries in Thailand are electronics, steel and automotive. The country serves as an assembly hub for international car brands and also manufacturers electrical components and appliances, computers, cement, furniture, and plastic products. Meanwhile, the service sector comprises 58% of GDP.

Before the beginning of the pandemic, 40 million foreign tourists visited Thailand in 2019, providing 20% of total employment and contributing to 11% of GDP. Chinese tourists accounted for 30% of all Thai tourism spending in 2019. But the pandemic caused tremendous setbacks to the industry, as the country saw only around 430.000 tourists in 2021, a drop from 6.7 million in 2020. The country is expecting five million this year.

To revive the sector, Thailand’s cabinet approved a stimulus worth $1.61 bn to support consumption and tourism. The government also approved $279 m of support to help the domestic travel industry between February and July last year.

The country ranks 23rd in the world in terms of total exports, with office machine parts, automobiles, integrated circuits, delivery trucks, and gold as its main export products. Its top export partners are the US, China, Japan, Vietnam, and Hong Kong.

Meanwhile, the Thailand economy improved its overall score by 0.3 from 69.4 to 69.7 in the Heritage Foundation’s 2021 Index of Economic Freedom, climbing to 42nd from the 43rd spot. The country remained in the category “Moderately Free,” behind Spain, Bahrain, and Poland.

The Stock Exchange of Thailand or SET is the sole stock exchange in the country and is considered the second-largest stock exchange in ASEAN in terms of market capitalisation. Furthermore, Thailand’s IPO market is the strongest in Asia. According to research by Deloitte, 35 companies and real estate investment trusts raising $4.2 billion as of November 2021. Meanwhile, $4.5 billion funds were raised in 2020, a 48% increase from 2019 and the largest since 2013.

The primary stock indexes used for SET are the SET50 Index and the SET100 Index, which are calculated based on the prices of the top 50 and top 100 companies on the exchange. Among these listed companies are oil and gas firm PTT, building materials company Siam Cement, and public company Airports of Thailand.

Thailand’s bond market is divided into government and corporate debt securities. Currently, around 45% of the total market outstanding is comprised of government debt securities, which are categorized into Treasury bills (T-bills), government bonds, Bank of Thailand (BoT) bonds, and State-Owned Enterprise (SOE) bonds.

In August 2021, BOT Governor Suthiwart Narueput assured that bond yields in Thailand are more resilient to any surge in global bond yields due to the tapering of monetary stimulus in the US. The governor argued that the country has high foreign reserves and is less reliant on external debt financing sources.

This was after a US Federal Reserve meeting where it was implied that tapering could begin this year caused several emerging Asia stocks and currencies to weaken, including a more than 1% decline in Singapore and Indonesian stocks, and huge losses for the South Korean won.

Since the end of 2019, house prices have been decreasing in Thailand due to the sluggish economy, a high level of household debt, and pandemic hit consumer purchasing power.

The pandemic caused a slump in Thailand’s property market in 2020, forcing most developers to delay the launch of new projects and to focus on selling existing inventory and offering discounts.

For the first five months of 2021, the average price of single-detached houses in the country went up by 1.2%, far from the 5.9% growth it recorded during the same period in 2020 and the lowest year-on-year increase since August 2017.