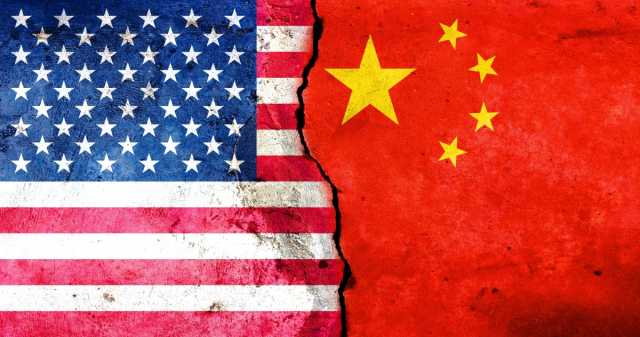 There seems to be no end to the trade conflict between the U.S. and China. In fact, the dispute is escalating. In the latest round, Washington raised import taxes on $200 billion of Chinese imports from 10% to 25%. Also, the Trump administration is threatening increased tariffs on all of China’s remaining imports. Beijing in turn announced that it would increase its own tariffs on $60 billion of American products, effective June 1.

Meanwhile, the intensifying trade conflict is pushing companies manufacturing in China to rethink their supply chains. A Bain & Co. survey of 200 U.S. companies found that 60% of them would be reviewing their production chains over the next 12 months. For example, camera-maker GoPro has already announced its intent to move production of U.S.-bound products, from China to Mexico. Toy maker Hasbro will reduce Chinese procurement from 70% to 60% by the end of 2020.

European companies do not benefit from trade conflict

Contrary to what some might have hoped when the dispute arose last year, E.U. companies are not benefitting from the conflict. The European Union Chamber of Commerce in China found that one-quarter of European companies in China were already suffering from the increased U.S. tariffs on Chinese products. The trade war is also one of the top concerns for European firms in China (23 percent), the survey showed. 45 percent worry about the Chinese economic slowdown and 27 percent about the global economy. Another 23 percent responded that they are worried about rising labour costs in China.

Meanwhile, the world’s biggest telecoms equipment manufacturer Huawei has been hit hard by a new U.S. decree. The Commerce Department put the Chinese company on the so-called “Entity List”. This list deems people or companies as a national security risk to the U.S. Companies that wish to export products to listed entities must first obtain a license from the Bureau of Industry and Security.

Experts see in this decision a tactic by the U.S. to force China into negotiations in the trade war. With this ban, the Trump administration has the flexibility to decide case-by-case whether a licence to do business with Huawei is approved or denied. This is unlike the restriction on Huawei rival ZTE issued in April 2018.  The ZTE restriction banned American companies from selling parts and software to the Chinese telecom company for seven years – pushing it nearly to bankruptcy.

But blacklisting Huawei is even more significant. The equipment manufacturer surpassed Apple to become the second largest smartphone producer in the world last year. Huawei purchases around $67 billion worth of components every year, with about one-sixth coming from U.S. suppliers ($11 billion). Huawei particularly depends on U.S. companies in the field of semiconductors. The U.S. ban means that Huawei must reshape its supply chains – if the constraint is imposed indefinitely.

According to Japanese daily Nikkei Asian Review, Huawei is already prepared for such trade war uncertainties. As reported, the tech giant stockpiled six months’ to over a year’s worth of supply. According to Nikkei sources, Huawei also began certifying more suppliers of chips, optical components, camera-related technologies, and other parts, from places outside the U.S.

Huawei Technologies’ CEO Ren Zhengfei expressed confidence in an interview with journalists at company headquarters in Shenzhen last weekend. He expects the impact of the ban to be limited. Huawei will continue developing its own chips to lessen the impact of the ban. Furthermore, his company would also be “fine” if American suppliers stop selling chips to Huawei. His company has “already been preparing for this”.

Google, Infineon, and others withdrawing support for Huawei

The U.S. blacklisting of Huawei has already seen some consequences. Google announced it will withdraw support for all future Huawei smartphones. This includes services such as Google Play Store and Google’s email application, Gmail. On existing Huawei devices, Google Play and the security protections from Google Play Protect will continue to function.

Other companies, such as chipmakers Intel and Qualcomm, are also reported to have stopped supplying Huawei until further notice. German chipmaker Infineon Technologies has also suspended certain shipments to Huawei Technologies.

Meanwhile, the U.S. Commerce Department has temporarily eased trade restrictions on Huawei by granting a “Temporary General License”. That gives Huawei 90 days to make other arrangements to minimize disruption for its customers. “In short, this license will allow operations to continue for existing Huawei mobile phone users and rural broadband networks”, said Secretary of Commerce Wilbur Ross. However, the telekom giant is still prohibited from buying U.S.-made hardware and software to manufacture new products.